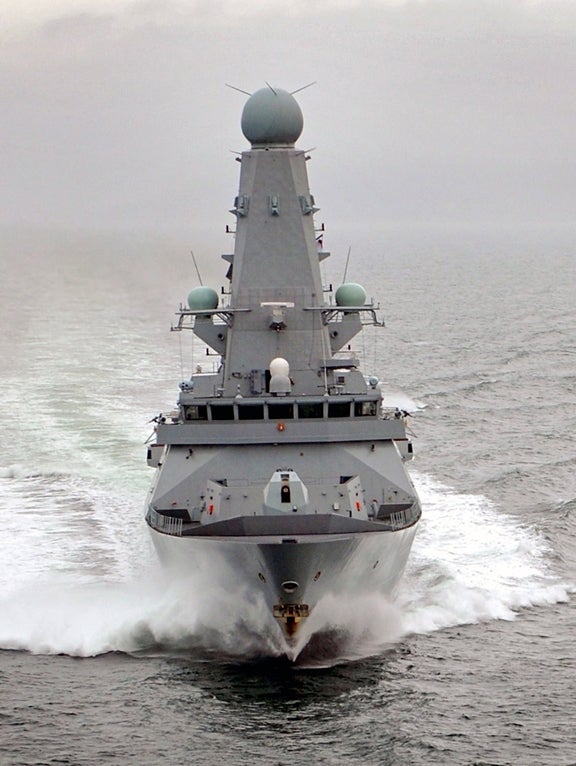 As part of the mine warfare exercise, HMS Diamond participated in a mock attack against US Air Force F-15 Strike Eagle aircraft to demonstrate collaborative defence efforts in mine detection and clearance missions in the Middle East.

Royal Navy’s Sandown-class Minehunter, HMS Shoreham, Royal Fleet Auxiliary vessel Cardigan Bay as mother ship and the US trio of mine warfare vessels Devastator, Dextrous and Sentry were escorted by HMS Diamond during the exercise.

Using long-range and Sampson radars with a command system, the destroyer detected and tracked the incoming F-15 aircraft, cruising at high altitude with speeds of around Mach 2, and launched simulated Sea Viper missiles to intercept the target.

"Following completion of the drill, HMS Diamond resumed the second half of its maiden deployment to protect merchant traffic and perform operations such as countering piracy and smuggling."

Following completion of the drill, HMS Diamond resumed the second half of its maiden deployment to protect merchant traffic and perform operations such as countering piracy and smuggling.

The Type 45 destroyer fleet will replace the ageing Type 42 frigates, which have been deployed since the mid-1970s.

Navies from more than 30 countries conduct operations such as mine hunting, helicopter mine countermeasure, international explosive ordnance disposal mine hunting and diving, as well as small boat missions focused on underwater improvised explosive devices.

The 152.4m-long and 21.2m-wide frigate is designed to operate a range of helicopters from its flight deck and support missions, including humanitarian and anti-smuggling.

Capable of accommodating a crew of 235, the 7,350t destroyer can cruise at speeds of around 33mph.