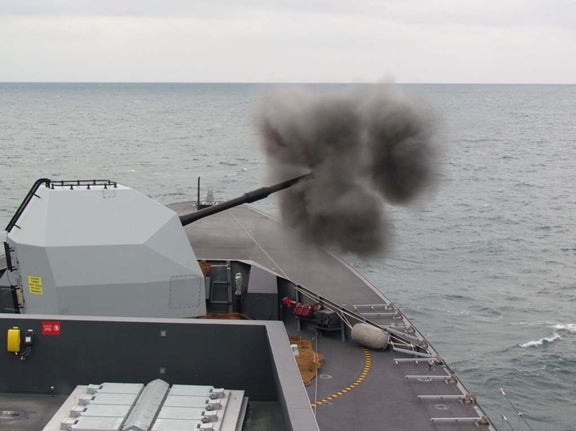 Conducted as part of the initial period of training under the White Ensign off the south coast, the ship test-fired all of its guns including the 4.5in Kryten main gun, 30mm cannon, miniguns, and validated their capabilities.

During the trials, the ship’s other systems were also tested, including radars, engines, computer systems and radios.

Royal Navy HMS Defender weapon engineer officer lieutenant commander Jonathan Pearce said: "It is much more than just making the guns go bang; these intense trials have ensured that all our equipment functions precisely as designed."

The testing also enabled both maintainers and operators to get ‘hands on’ ordnance engineering experience, Pearce added.

"These intense trials have ensured that all our equipment functions precisely as designed."

Powered by two WR-21 advanced cycle gas turbine engines, the Type 45-class destroyer has a displacement capacity of about 7,500t with a cruising speed of more than 27k and a range in excess of 7,000nm.

Capable of operating a Chinook-sized helicopter from its main deck, HMS Defender completed its second and final set of sea trials in April 2012.