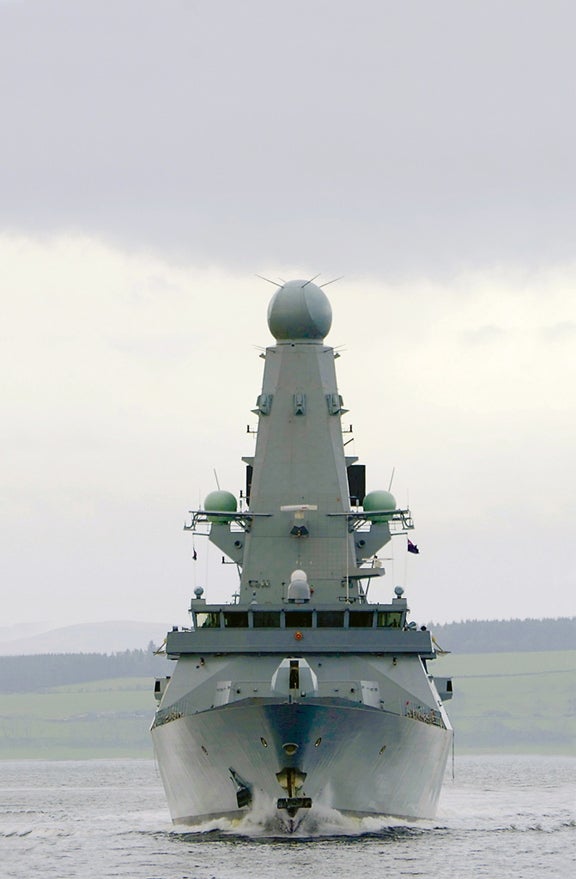 During the second sea trials, the frigate engines, communications, combat systems and sensors were validated.

HMS Defender is undergoing three months of final testing and checking of systems ahead of its formal delivery to the Navy in July 2012.

Defender’s first sea trials were carried out in 2011 to validate its speed, manoeuvrability, power and propulsion systems as well as weapons systems and sensors.

The newest £1bn Type 45 class destroyer has a displacement capacity of about 8,000t with a cruising speed of more than 27k and a range of over 7,000nm.

The frigate features the Sea Viper missile system, which is capable of defending against multiple attacks by sophisticated anti-ship missiles.

HMS Defender has a range of capabilities including air defence, anti-missile capabilities, and the ability to carry 60 Royal Marines as well as operating a Chinook-sized helicopter from the main decks.

The advanced air-defence warship is also capable of performing anti-piracy and anti-smuggling missions, disaster-relief work and surveillance operations as well as high-intensity war-fighting.

The sixth Type 45 destroyer, HMS Duncan, launched in 2010, is under final stages of completion at Scotstoun while the fourth destroyer Dragon, launched in Scotland in 2008, is currently undergoing training and trials prior to its maiden deployment.

HMS Daring, the first destroyer in the class, has been recently deployed, while Dauntless and Diamond are ready for deployment later this year.

HMS Defender frigate is scheduled to be operational from early 2013.

Image: HMS Defender is almost ready to defend against multiple attacks by the most sophisticated anti-ship missiles. Photo: Royal Navy.