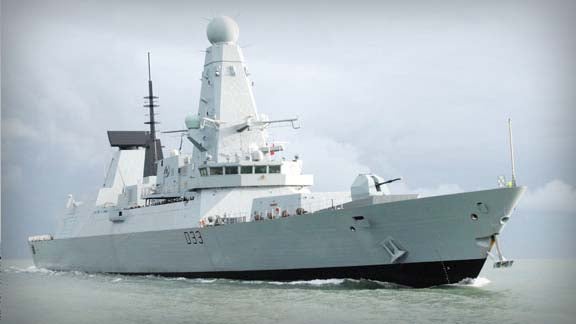 The UK Royal Navy’s second of six Type 45 destroyers, HMS Dauntless, is due to set sail from Portsmouth, UK, on its maiden voyage off the coast of the Falklands Islands in the South Atlantic, amidst rising tensions with Argentina over the islands’ sovereignty.

As part of a routine seven-month deployment, HMS Dauntless will replace the role of the currently stationed Type 23 frigate HMS Montrose in the coming months. Details regarding when the destroyer would sail remain undisclosed.

However, the deployment comes as tensions rise between the UK and Argentina with the approaching 30th anniversary of the start of the 1982 Falklands conflict following Argentina’s invasion of the islands.

The UK usually maintains a permanent military presence in the region, which includes a frigate, a patrol boat and a submarine, as well as troops and fighter aircraft, as reported by BBC News.

Commissioned in June 2010, HMS Dauntless is designed to defend multiple assets in an air threat environment and is also capable of warfighting in both traditional and littoral environments.

The Type 45 world class anti-air warfare destroyer is a multi-role, general-purpose platform and can accommodate 700 people if necessary to support a civilian evacuation from war zones or natural disasters.

HMS Daring, the first Type 45 destroyer, was recently sent on its first mission to the Gulf amid tensions with Iran over threats to close the Strait of Hormuz.

Image: HMS Dauntless to set sail on its maiden voyage off the coast of Falklands Islands in South Atlantic. Photo: Royal Navy.