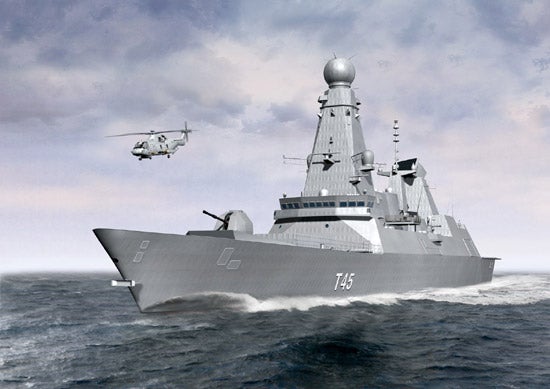 The UK Royal Navy’s first Type 45-class destroyer HMS Daring has begun deployment operations off the east of Suez, aimed at protecting sea lanes in the Persian Gulf and maintaining the navy’s long-term presence in the region.

The frigate will perform operations alongside Australian, Pakistani, New Zealand and Yemeni ships and personnel as part of Operation Scimitar Anzac.

Australian and New Zealand Navy personnel will direct the at-sea activities of Combined Task Force (CTF) 150 of HMS Daring during the mission.

During the seven-month deployment, the warship will conduct various operations ranging from countering piracy and safeguarding sea lanes to working with the UK’s allies in the region.

Equipped with Phalanx automated Gatling guns, the stealth frigate provides additional firepower to defend itself and other ships during escort missions.

The ship is armed with the Sea Viper missile system to defend against supersonic missiles, Sampson multi-function radar to detect targets at a distance of 250 miles and S1850M 3D air-surveillance radar for tracing 1,000 targets at up to 400 miles.

The Type-45 destroyer is designed to perform a wide range of missions including supporting land forces, and humanitarian and anti-smuggling roles, and is capable of operating a range of helicopters from its flight deck.