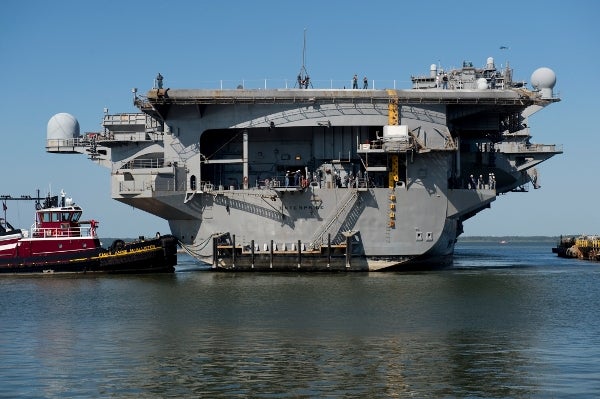 The US Navy has awarded a contract to Huntington Ingalls Industries (HII) for the inactivation of nuclear-powered aircraft carrier USS Enterprise (CVN 65).

Under the $745m cost-plus-incentive fee contract, HII will defuel eight reactors of the ship and prepare USS Enterprise for its eventual transit to Puget Sound Naval Shipyard and Intermediate Maintenance Facility.

NNS-built USS Enterprise was deployed with the US Navy and supported in the Cuban Missile Crisis and operations Enduring Freedom and New Dawn in addition to conducting naval maritime security operations.

Launched in September 1960, the 1,123ft-long and 94,781t vessel is expected to be decommissioned after 2015 following the removal of its eight Westinghouse second-generation A2W nuclear reactors.

"Although Newport News Shipbuilding has defuelled and refuelled many ships, including Enterprise, this is the first inactivation of a nuclear-powered aircraft carrier."

Scheduled to be complete in August 2016, work under the contract will performed at the company's NNS division, while the Naval Sea System Command will serve as the contracting activity.