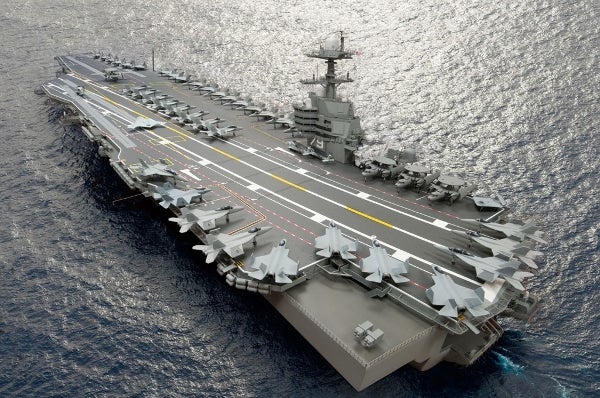 It follows a previously awarded contract to HII to provide long-lead-time materials for the US Navy in support of the aircraft carrier.

Under the $296m contract, HII will provide engineering and planning services, as well as additional advance material procurement and complex component manufacturing.

HII’s Newport News Shipbuilding (NNS) division is the prime contractor for the work.

NNS vice president of CVN 79 construction Mike Shawcross said: "We are working hard with the navy to make the entire class more affordable, and we are taking full advantage of the lessons we are learning while building Ford and applying them to Kennedy."

"We are working hard with the navy to make the entire class more affordable, and we are taking full advantage of the lessons we are learning while building Ford and applying them to Kennedy."

The John F Kennedy features improvements in capability and equipment that include a flight-deck, enhanced weapons handling systems and a redesigned island to enable increased aircraft sortie generation rates.

Additional features of the Ford-class vessel include increased electrical power generation capacity and flexibility for the implementation of future technologies.

With a lower total ownership cost, the aircraft carrier is expected to provide improved capabilities for the navy during crisis response and humanitarian relief missions, as well as early striking power during major combat operations.

The aircraft carrier and its strike group will provide forward presence, rapid response, endurance on station, and multi-mission capabilities throughout its 50-year service life.

The US Navy is expected to award the full contract in 2013, with delivery expected to take place no later than 2022.