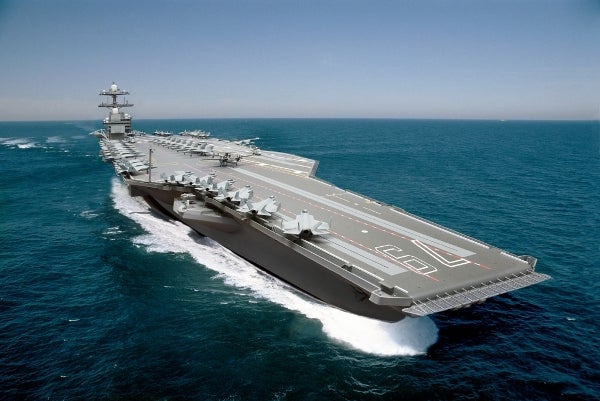 Huntington Ingalls Industries (HII) subsidiary Newport News Shipbuilding (NNS) has been awarded a modification contract by the US Navy for the supply of materials for the construction of the second Gerald R Ford-class nuclear-powered aircraft carrier, John F Kennedy (CVN 79).

Under the $43.4m follow-on deal, HII will procure major, long-lead-time materials such as elevator machinery and large pumps.

NNS's vice president CVN 79 construction Mike Shawcross said: "This award enables us to continue our construction preparation efforts, allowing us to provide a more efficient approach to building the ship that supports one of our most important goals: affordability."

“This award enables us to continue our construction preparation efforts, allowing us to provide a more efficient approach to building the ship."

The US Navy is expected to award the full contract in 2013.

Additional features of the vessel include increased electrical power generation capacity and the flexibility for the implementation of future technologies.

With a lower total ownership cost, the aircraft carrier is expected to provide improved capabilities for the navy.

Work will be carried out at the company's facility in Virginia, US and completion is scheduled for October 2015.