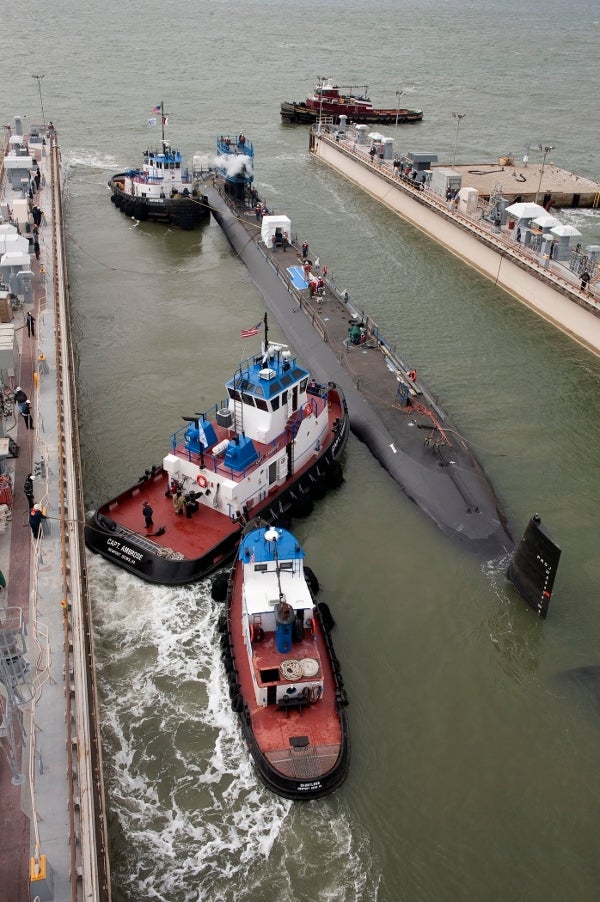 The submarine, which is about 92% complete, has been launched into the James River and is scheduled to undergo final outfitting and testing.

NNS vice president of submarines and fleet support Jim Hughes said: "Minnesota’s progress is nearly one-year ahead of schedule and has been built using about 600,000 fewer man-hours than the previous boat."

Designed as an advanced stealth multi-mission nuclear-powered boat, USS Minnesota is expected to provide capabilities required in maintaining the US Navy’s undersea interests in the 21st century.

The 377ft-long SSN 783 vessel supports a range of missions, such as anti-submarine and anti-ship warfare, special operations, as well as intelligence, surveillance and reconnaissance.

As well as providing five of the six navy maritime strategy core capabilities, the 7,800t submarine can support missions in both shallow littoral regions and deep waters.

"Minnesota’s progress is nearly one-year ahead of schedule and has been built using about 600,000 fewer man-hours than the previous boat."

The submarine can operate without refuelling during its operational life with the help of a nuclear reactor plant, which reduces lifecycle costs and increases underway time.

The General Dynamics Electric Boat and HII-built USS Minnesota can cruise at a submerged speed of 25k with a beam of 34ft, while carrying a crew of 134.

Christened on 27 October, Minnesota is expected to be delivered to the navy in late spring 2013.