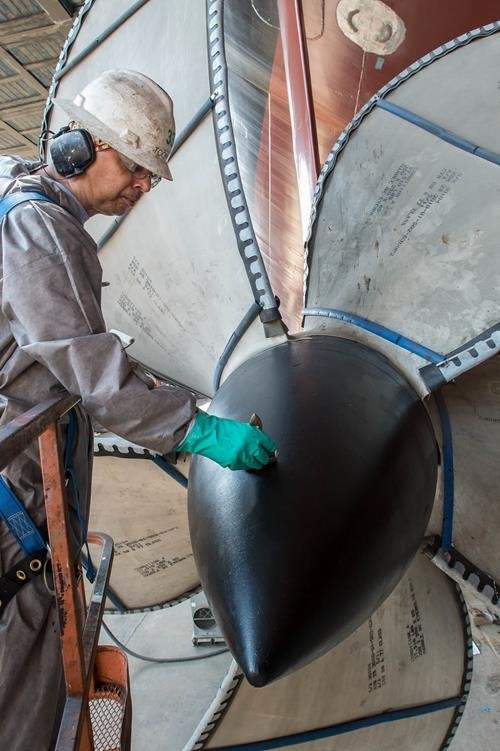 Scheduled to be christened on 09 November 2013, continuing work on the vessel includes the piping and electrical systems and living areas such as the galley and mess spaces.

Designed to replace Nimitz-class aircraft carriers for the US Navy, the Ford-class carriers will be armed with the Raytheon evolved Sea Sparrow missile (ESSM) to strike against high-speed, highly manoeuvrable anti-ship missiles, as well as a rolling airframe missile (RAM) close-in weapon system.

"The configuration of the blades, the weight of the propellers and the extremely tight tolerances required make this a challenging installation," Bartschi added.

In addition to featuring a new nuclear power plant, the ships of the class are fitted with a redesigned island, electromagnetic catapults, improved weapons movement and an enhanced flight deck for increased aircraft sortie rates.

The 1,092ft-long Gerald R Ford-class vessels will have a beam of 134ft, and can arm, refuel, launch and recover aircraft quickly.

The second ship of the class, John F Kennedy (CVN 79) is also currently under construction and is expected to be complete in 2020.

Image: A NNS shipbuilder applies a protective coating on to a propeller of the Gerald R. Ford (CVN 78). Photo: Photo by Chris Oxley.