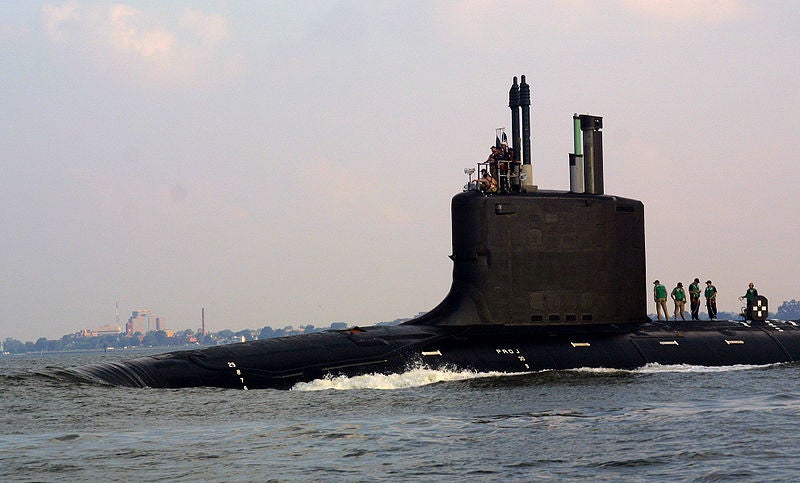 The delivery follows the previously awarded contract to Goodrich to provide lightweight, composite sail cusps for the submarines by HII.

The sail cusp is a single-piece composite fairing structure attached to the submarine sail and hull, which improves hydrodynamic performance by allowing smooth laminar flow of water over its surface.

The complex double curvature shape, lightweight fairings to the next eight submarines is collectively known as block III.

Work under the contract will be performed at Goodrich’s Engineered Polymer Products (EPP) facility in Jacksonville, Florida.

The US Navy’s Virginia-class submarines have been designed to support anti-submarine , anti-ship and strike warfare, as well as intelligence, surveillance, reconnaissance, irregular warfare and mine warfare missions.

The 377ft-long, 34ft-wide submarine has a submerged displacement capacity of 7,835t; it can remain submerged at depths greater than 800ft, can accommodate a crew of 134 and is capable of cruising at speeds in excess of 25k.

Electric Boat, together with Northrop Grumman Shipbuilding, has received contracts to produce a total of 18 Virginia-class submarines as part of Navy’s planned 30 ship deal between the two shipyards.

Image: The US Navy’s nuclear-powered attack submarine, PCU Virginia (SSN 774), on its way to Norfolk Naval Shipyard, US. Photo: courtesy of M Shaw.