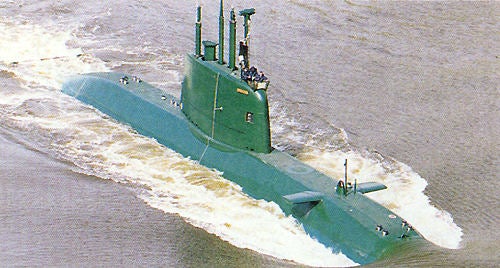 Germany has confirmed the sale of a sixth Dolphin-class submarine to Israel and will finance part of its cost amidst tensions in the Middle East over Iran’s nuclear programme.

The sale is part of a 2005 agreement between the two nations that included an option that would allow Israel to request another subsidised submarine.

German Defence Minister Thomas de Maiziere told a joint press conference with Israeli counterpart Ehud Barak that the cost of the additional vessel will be subsidised but did not disclose details about the financial help that will be provided by Germany on the deal.

"It is part of the budget and is therefore a public action," de Maiziere added.

A senior German official, however, revealed last year that the share of the submarine’s cost will be paid from a maximum of €135m ($180m) of funding that was set aside by the German Parliament in next year’s budget.

The new submarine is expected to join the Israeli Navy’s submarine fleet to replace the ageing Gal-class submarines, which entered service in 1977.

Designed for coastal patrols, the small, diesel-powered Dolphins submarines are equipped with 10 torpedo tubes, can carry nuclear warheads and are capable of conducting long-range security missions along national borders.

The Israeli Navy currently has three Dolphin-class submarines, which were delivered between 1999 and 2000 and manufactured by Howaldtswerke-Deutsche Werft (HDW), a unit of ThyssenKrupp Marine Systems.

The fourth and fifth submarines were agreed to be delivered in 2005, for which Germany contributed a total of €333m, which is equal to about a third of the cost.

The two submarines, currently under construction in Germany, are expected to be delivered in 2012.