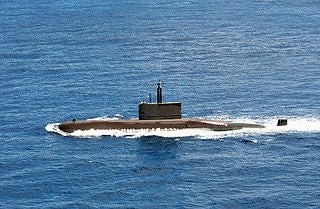 Speaking during naval manoeuvres between Egypt and Greece, Ahmed el-Gendy told Egypt’s al-Ahram newspaper that the existing submarines, which are operational with the Egyptian Navy, are capable of conducting tasks and can respond to missions in the Mediterranean or Red Sea.

"The Egyptian military is always looking to the future at to the latest innovations," el-Gendy said.

The naval commander also revealed plans to procure four US-built FMC missile ships in 2013, as well as rescue, towing and additional vessels from Holland and Turkey.

View All
"The Egyptian military is always looking to the future at to the latest innovations."

Armed with eight 533mm bow torpedo tubes, the submarine is capable of carrying up to 14 torpedoes and is powered by diesel electric propulsion system based on four MTU 12V 396 diesel engines.

Capable of accommodating a crew of 30, the 62m-long submarines are 7.6m wide and have a maximum surfaced speed of 10k.

Built in 1960s, the Type-209 diesel-electric vessels are currently in service with other navies in Turkey, Greece, Argentina, Brazil and Indonesia.