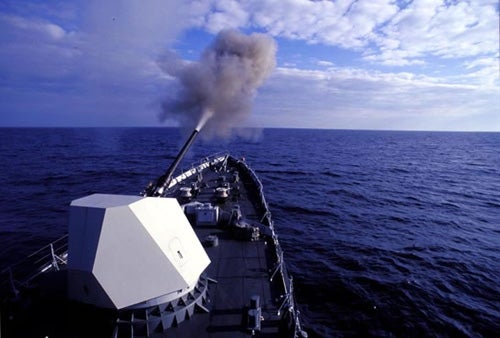 The delivery is part of an €80m deal awarded to the company by the German BWB to deliver naval guns and a wide range of products.

Under the contract, Oto Melara is scheduled to deliver five 127/64 LW naval gun mounts, of which four will be installed on the new German F125 Baden-Württemberg-class frigates, while the fifth will be used for training purposes.

Weighing nearly 30t, the 127/64LW Vulcano features an extended barrel of 64 calibres to enable launch of an unguided projectile at a maximum range of 90km.

"Oto Melara is scheduled to deliver five 127/64 LW naval gun mounts, of which four will be installed on the new German F125 Baden-Württemberg-class frigates."

Development of the naval gun began in 2005 before entering into service in 2012 with installation on board the first Italian Navy FREMM frigate, Carlo Bergamini.

Capable of firing all standard 5in and Vulcano guided long-range ammunition, the rapid gun fire mount can be deployed on board large and medium sized ships to provide surface, naval gunfire capabilities, and anti-aircraft firing capability.

Delivery of the first vessel is planned for 2016, with the last vessel scheduled for 2018.