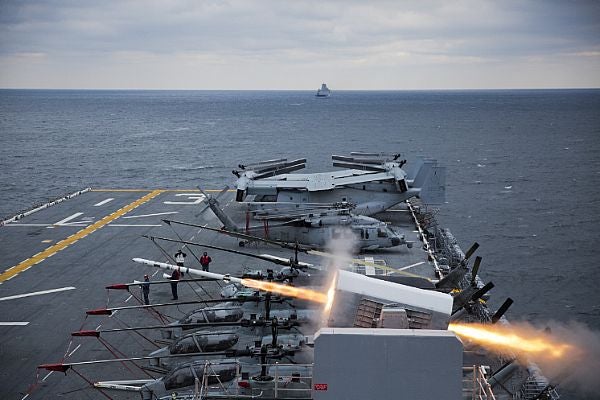 The German Navy has awarded a contract to Raytheon to develop and deliver Block 2 Rolling Airframe Missiles (RAM), in a bid to boost its fleet self-defence capability.

Under the single $155.6m contract, the company will supply RAM Block 2 missiles for the navy to better defend against threats.

"It complements the $100m RAM Block 2 production contracts with the US Navy signed in 2012 and follows our company’s 11 critical Block 2 development test flights," Lawrence added.

An upgrade of its predecessor, RAM Block 2 is a supersonic, lightweight, quick-reaction missile.

"It complements the $100m RAM Block 2 production contracts with the US Navy signed in 2012 and follows our company’s 11 critical Block 2 development test flights."

To date, the airframe missile has undergone more than 300 flight tests, resulting in a success rate of 95%.

RAM is scheduled to undergo government testing in May.

Currently, the RAM missile is deployed as an integral self-defence weapon onboard more than 100 ships for the navies of Egypt, Germany, Greece, South Korea, Turkey, the UAE and the US.

Production work under the recent contract will be shared between both companies.