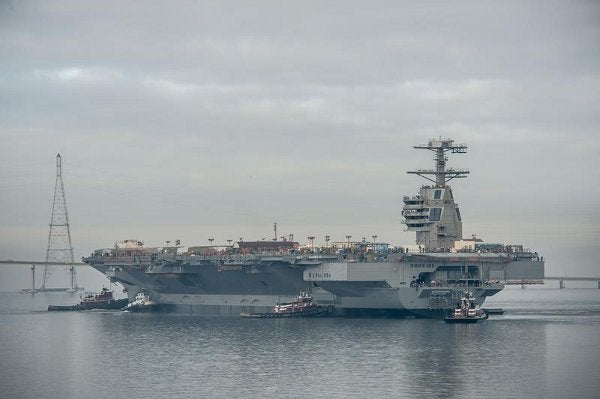 The ship was moved by HII’s Newport News Shipbuilding (NNS) division to the shipyard’s Pier 3 with the help of six tugboats, to continue additional outfitting and testing over the next 28 months.

Besides completing habitability spaces, such as berthing and mess processes, NNS will also evaluate the distributive, mechanical and combat systems, including catapults and radar arrays installed onboard the vessel.

NNS CVN 78 carrier construction vice-president, Rolf Bartschi, said the milestone provides the shipbuilding team with an opportunity to reflect on all of the hard work they did to ready the ship for launch.

Under construction in the dry dock since November 2009, the 1,092ft-long Gerald R. Ford was formally christened earlier this month.

"The ship was moved … with the help of six tugboats, to continue additional outfitting and testing over the next 28 months."

Gerald R Ford is scheduled to be delivered to the navy in 2016.