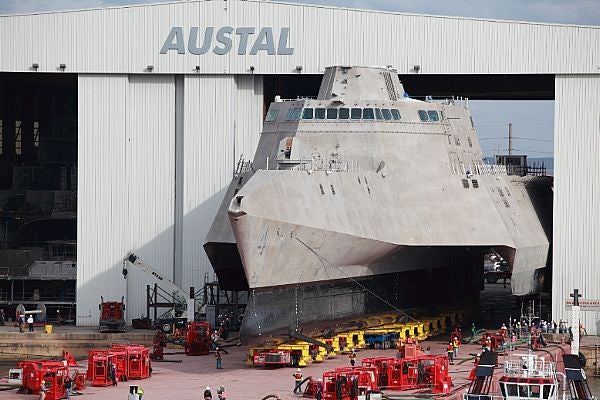 Austal has awarded a subcontract to GE Marine to deliver four LM2500 marine aeroderivative gas turbines in support of the US Navy’s 14th and 16th Independence-variant littoral combat ships (LCS).

Under the US Navy’s LCS programme, GE Marine is contracted to deliver a total of 20 LM2500 gas turbines to power up to ten LCS ships over a five-year period.

The contract follows a previously awarded $3.5bn contract to Austal by the US Navy to build and deliver an additional ten LCSs to join USS Independence (LCS 2), which was commissioned in January 2010.

"The 127m-long aluminum trimaran ships can operate for an extended period either with a battle group or through a forward-basing arrangement."

Powered by two LM2500s arranged in a combined diesel or gas turbine configuration with two diesel engines, the 127m-long aluminum trimaran ships can operate for an extended period either with a battle group or through a forward-basing arrangement.

Capable of conducting underway replenishment and deployed independently to overseas littoral regions, the LCS agile surface combatants feature a helicopter deck and hangar, capable for launch and recovery operations of the MH-60R/S helicopter and a tactical unmanned air vehicle.

Work under the contract will be performed at GE’s Evendale facility in Ohio, US.