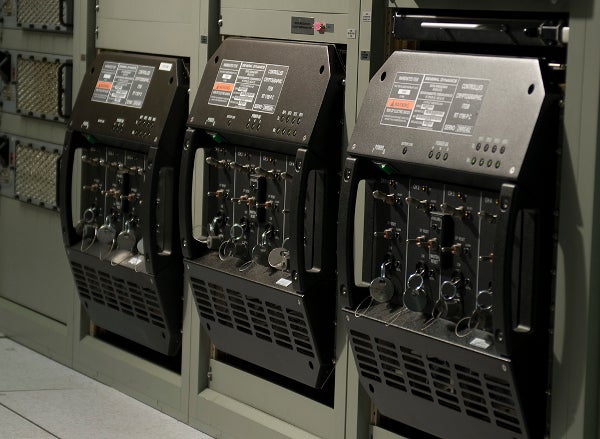 The US Navy has awarded a contract to General Dynamics C4 Systems to upgrade the AN/USC-61(C) four-channel digital modular radio (DMR) with the development and integration of software enhancements.

The $40m modification contract follows a previously awarded firm-fixed-price and cost-plus-fixed-fee agreement in September 2010 in support of the radios.

Under the latest deal, GD will implement the Mobile User Objective System (MUOS) waveform and the Integrated Waveform into the DMR.

General Dynamics C4 Systems president Chris Marzilli said: "With more than 500 digital modular radios in the navy’s current communications fleet, the decision to upgrade the radios with these two waveforms is extremely cost-effective and leverages the navy’s investment."

Developed by General Dynamics as part of the MUOS programme, MUOS waveform has been integrated into the handheld manpack small form fit (HMS) AN/PRC-155 radio.

"The decision to upgrade the radios with these two waveforms is extremely cost-effective and leverages the navy’s investment."

Equipped with embedded type 1 encryption, the compact, multi-channel AN/USC-61(C) DMR has been designed to provide sailors with simultaneous, secure short-range and global communications in the 2MHz to 2GHz frequency range at the edge of tactical operations.

Work under the contract will be performed in Scottsdale, Arizona, US.

The US Space and Naval Warfare Systems Command, for the Program Executive Office for Command, Control, Communications, Computers and Intelligence (PEO C4I) will serve as the contracting activity.