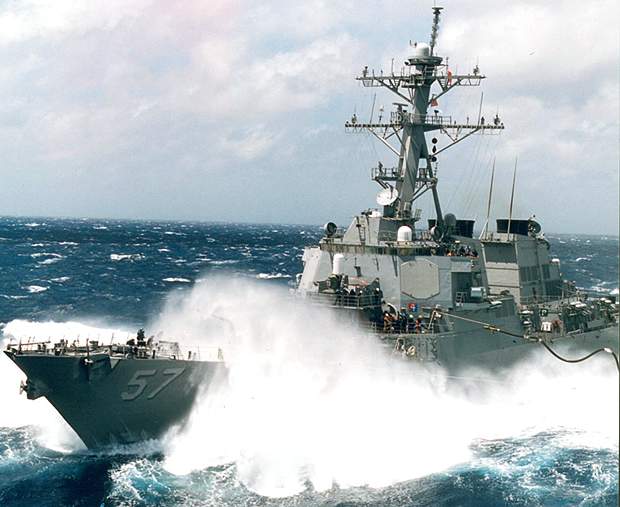 General Dynamics (GD) has received a $663m modification contract from the US Navy for the construction of an additional Arleigh Burke-class guided missile destroyer, DDG 116.

Apart from building, the company will also provide associated engineering change proposals and design budgeting requirements for the DDG 116 destroyer.

Powered by four gas-turbine propulsion plants, the 509ft-long destroyers have a displacement capacity of 9,500t, can cruise at a speed of 30kts and are equipped with advanced sensors, as well as weapons systems to engage anti-ship missile threats.

The destroyer will be capable of conducting air, surface and subsurface battles simultaneously and will be equipped with offensive and defensive weapons to support maritime warfare.

The ships can also be used to perform a variety of operations, including fighting air, surface and subsurface battles simultaneously, peacetime presence and crisis management, sea control and power projection.

The Navy’s third Arleigh Burke-class ship is currently under construction while the latest modification contract is for the fourth destroyer.

Work under the contract is scheduled to be completed by August 2018.