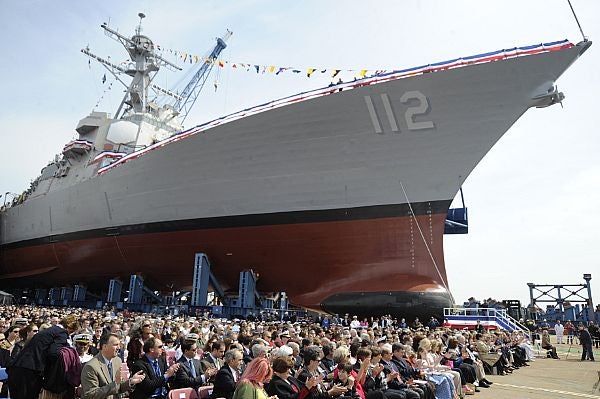 The US Navy has taken delivery of a new Arleigh Burke-class guided-missile destroyer, the USS Michael Murphy (DDG 112), from General Dynamics (GD).

The official transfer of the ship from the shipbuilder to the Navy represents the destroyer’s transformation to operational status.

Michael Murphy, the last DDG 51-class ship to be delivered until the class restart ships begin delivering in 2016, has undergone four-day super trials prior to its delivery.

During the trial, US Navy’s Board of Inspection and Survey (INSURV) validated the ship’s weapons, communications, and propulsion systems.

Powered by four gas-turbine propulsion plants, the 509ft-long Michael Murphy destroyer has a displacement capacity of 9,500t; it can cruise at a speed of 30 knots and is equipped with advanced sensors, as well as weapons systems to engage anti-ship missile threats.

"The destroyer will be capable of conducting air, surface and subsurface battles simultaneously."

Equipped with offensive and defensive weapons to support maritime warfare, the destroyer will be capable of conducting air, surface and subsurface battles simultaneously.

The first of the DDG 51-class programme continuation ships, DDG 113, is currently undergoing construction by Huntington Ingalls Industries while the DDG 114, 115, and 116 deliveries are scheduled to start in 2016.

The commissioning of the DDG 112 frigate is expected to take place in October 2012.