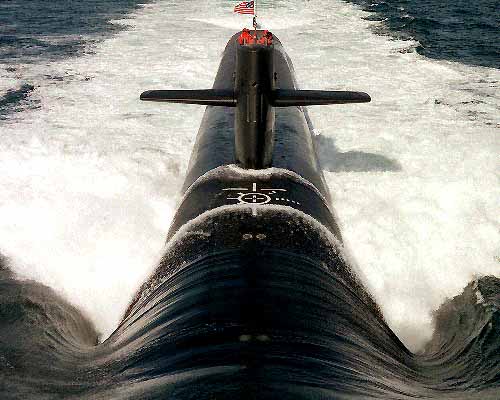 General Dynamics (GD) Electric Boat has been awarded a modification contract by the US Navy to continue to support the Common Missile Compartment programme, currently under development for the US Ohio-class replacement submarine and the UK's Successor ballistic-missile submarine.

The task order is a modification to a previous contract awarded to the company in December 2008 for engineering, technical services, concept studies and design of a Common Missile Compartment in support of next-generation ballistic missile submarines.

Under the new $12.8m cost-plus fixed-fee contract, GD Electric Boat will continue procurement of prototype material and equipment for production of the Common Missile Compartment programme.

The Royal Navy's Successor nuclear-powered submarine programme is intended to replace the Vanguard-class fleet to maintain the UK's nuclear deterrent.

Powered by one Rolls-Royce PWR2 nuclear reactor and two GEC turbines, the 149.9m-long Vanguard-class boats has a submerged displacement capacity of 15,900t and maximum submerged speed of 25k.

“The 149.9m-long Vanguard-class boats has a submerged displacement capacity of 15,900t and maximum submerged speed of 25k.”

The US Navy recently awarded a contract to GD Electric Boat to deliver next-generation strategic deterrent submarines, scheduled to start in 2021 to replace the US Navy's existing Ohio-class vessels.

Expected to be complete by November 2015, work under the recent contract will be carried out in Steelton, Pennsylvania and in Spring Grove, Illinois, US.

Supervisor of Shipbuilding Conversion and Repair in Groton, Connecticut, US, will serve as the contracting activity.