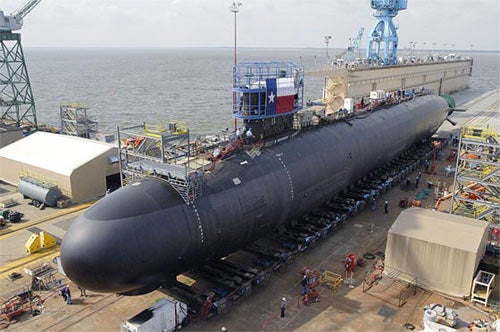 The US Navy has placed orders with General Dynamic’s (GD) subsidiary Electric Boat to provide research and development and lead-yard services in support of Virginia-class multi-mission nuclear-powered attack submarines.

Under the $88.8m deal, which follows a previously awarded contract, GD will continue to provide development studies, as well as work on components and systems to complete research and development tasks.

General Dynamics Electric Boat and HII-built Virginia-class submarines can cruise at a submerged speed of 25k with a beam of 34ft and carry a crew of 134.

Work from the contract will enable the US Navy team to fully evaluate new technologies to be integrated with the succeeding Virginia-class submarines.

The submarines can operate without refuelling during their planned life with the help of a nuclear reactor power source, which reduces lifecycle costs and increases underway time.

"Virginia-class submarines can cruise at a submerged speed of 25k and carry a crew of 134."

Equipped with 12 vertical missile launch tubes and four 533mm torpedo tubes, the submarines is capable of firing up to 26 mk48 ADCAP mod 6 heavyweight torpedoes and sub harpoon anti-ship missiles from the 21in torpedo tubes.

Work under the contract will be performed in Groton, Quonset Point, Newport, and Newport News, US and is scheduled to be complete in November 2013.

The submarines also support anti-submarine, anti-ship and strike warfare. In addition, the vessels can be used to perform special operations, intelligence, surveillance, reconnaissance, irregular warfare and mine warfare missions.

Should all options be exercised and funded, the contract is valued $881m through to 2014.