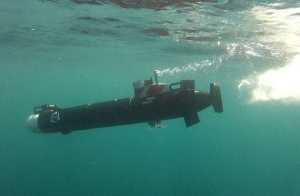 The 2m-long Alister 100 AUV weighs 70kg and will be used by the French Navy as underwater drones to support mine warfare missions.

In 2010, the French Directorate General of Armaments (DGA) had awarded a contract to ECA Group to design, develop and deliver six Alister 100 AUVs for the French Navy.

Under the contract, the company will deliver the underwater systems for the French Navy’s mine disposal diver group for testing by the end of 2013.

Following completion of trials of the autonomous vehicles, the French Navy officials will use the testing results to decide whether to deploy the system for operational missions.

"The AUV is fitted with advanced systems and sensors to detect potential underwater mines."

Capable of conducting port clearance missions, the GPD will deploy the systems for supporting missions such as a seabed survey or reconnaissance, as well as advanced operations including in very shallow water, or for channel assault.

The AUV, which can be operated by two sailors sitting on a dock or onboard an inflatable boat, is fitted with advanced systems and sensors to provide an accurate navigation capability for the navy to detect potential underwater mines.

In addition to supporting minehunting operations, even in narrow sea areas such as channels or inlets, the autonomous underwater vehicle can be used to exchange of information with other combat systems used for mine warfare.

The vehicle is also equipped with a Klein-type sonar, designed to operate on different frequencies, in order to support either sensing range or image definition, depending on operational circumstances.