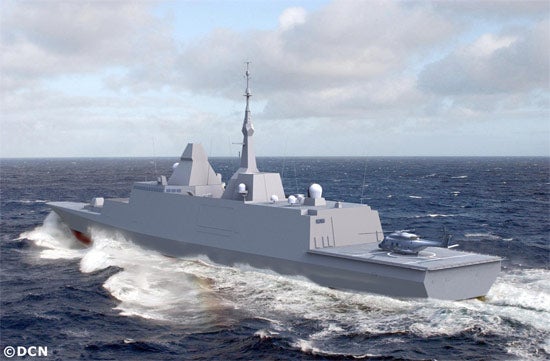 During the preliminary trials, being conducted by DCNS at a sustained pace during the day and at night, the ship will demonstrate its propulsion and navigation systems performance.

The first three days, also known as the familiarisation phase, includes testing of the ship’s safety systems and equipment such as fire-fighting, flood control and emergency response systems and evacuation procedures, as well as manoeuvrability and mooring performance.

Additional trials will focus on the propulsion system of the ship, as well as extensive testing of the ship’s navigation (log, position, heading) and other basic systems.

FREMM programme manager, Anne Bianchi, said the FREMM multi-mission vessels can support and combat against all types of threats with unparalleled flexibility and availability.

"This milestone represents the culmination of the combined efforts of many people working towards common goals, including DCNS personnel, teams provided by DCNS partners and suppliers, the French Navy crew and representatives of the French defence procurement agency (DGA) and the European Joint Armament Cooperation Organisation (OCCAr)," Bianchi said.

"FREMM frigates are among the most technologically advanced and competitively priced on the world market."

The ship is scheduled to undergo second series of trials in early 2014, to demonstrate its combat system.

"The construction of this second-of-class FREMM frigate for the French Navy is proceeding on schedule and on budget. FREMM frigates are among the most technologically advanced and competitively priced on the world market," Bianchi continued.

Capable of accommodating a crew of 145, with a complement crew of 108, the French Navy’s FREMM ship has a displacement capacity of 6,000t, can cruise at a speed of 27k.

The French Navy had received the 142m-long FREMM ship, Aquitaine in November 2012.

Image: Illustration of the FREMM frigate. Photo: copyright of DCN.