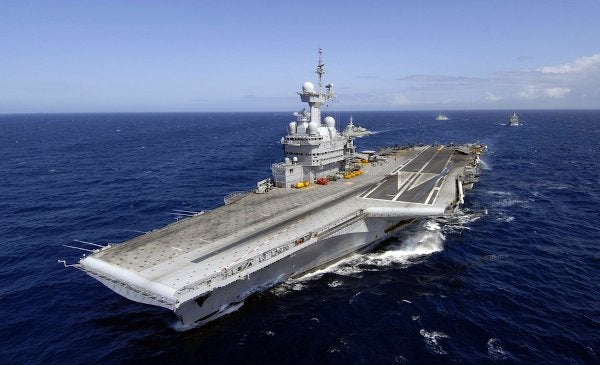 The French Navy has awarded a fleet support service (SSF) contract to DCNS to provide through-life support services for its nuclear-powered aircraft carrier Charles de Gaulle (R91) over the next four years to ensure operational availability of the vessel.

Under the €221m contract, awarded as part of the navy’s availability-based procurement policy, DCNS will provide comprehensive through-life support services in addition to three layups.

Under the contract, the company will also ensure high levels of safety and security, as well as strong technical support, in addition to availability of specific shipboard systems.

Launched in May 1994 and commissioned in September 2000, Charles De Gaulle has been designed to operate a fleet of up to 40 aircraft, which include Dassault Rafale M with a range 3,340km, and Dassault-Breguet Super Etendard carrier-borne strike fighter aircraft.

The 38,000t Charles de Gaulle frigate has a beam of 64.36m and can cruise at speeds of 27k. It is capable of carrying three Northrop Grumman E-2C Hawkeye airborne early warning aircraft, and a Eurocopter AS 565 Panther or NH90 helicopter.