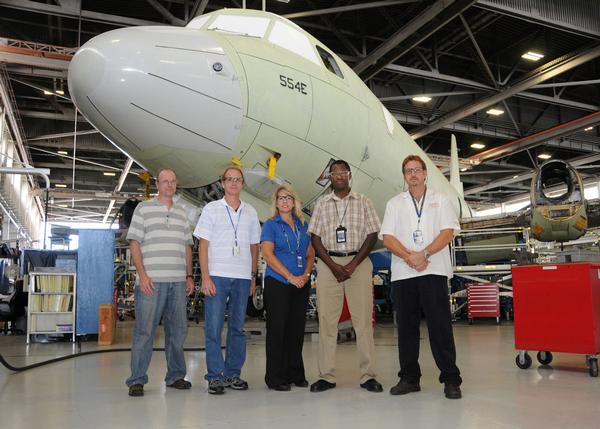 The US Fleet Readiness Center Southeast (FRCSE) has implemented a new user-friendly technology, known as hydrogen leak detection, to identify and reduce leakages in fuel tanks of the US Navy’s P-3 Orion maritime patrol aircraft.

Developed in response to strict federal regulations and standards for gas leak detection, the new technology is likely to replace Chloro-Fluoro Carbon (CFC) 113.

CFC 113 is an ozone depletion substance (ODS) that was originally used to locate leaks in aviation fuel tanks until it was banned in 1996.

The testing validated the technology’s accuracy and reliability, as well as its environmentally friendly feature when compared with helium trace gas technology.

"Artisans can use hydrogen leak detection to pinpoint the source and size of leakages."

Initially, the hydrogen trace gas will be inserted into the empty (sealed) fuel tank, while the external tank surface is probed with portable sniffer detector to enable artisans to detect extremely small leaks through a visual LED light and audible alarm.

FRCSE chemist Kellie Carney said that artisans can use hydrogen leak detection to pinpoint the source and size of leakages, which are generally masked by seam sealers and paints.

About 15% turnaround time of P-3 aircraft has been reduced, with cost avoidance of nearly $20,000 per aircraft to date reported by FRCSE.

Image: The P-3 Fleet Support Team before a P-3C Orion aircraft at FRCSE. Photo: courtesy of US Navy, by Victor Pitts/Released.