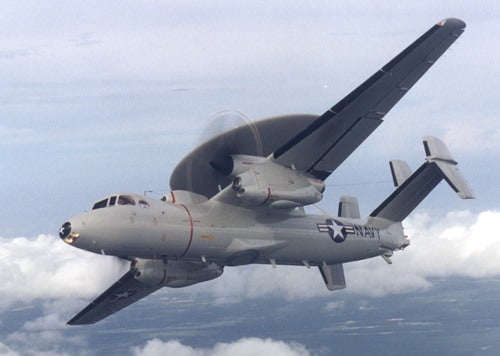 The US Navy has awarded a contract to Northrop Grumman to provide an upgraded identification friend or foe (IFF) system in support of the French Navy’s E-2C Hawkeye aircraft upgrade programme.

Under the $34.5m contract, Northrop will modify the French Navy’s fleet of three E-2C Hawkeyes with an upgraded IFF system to enhance commonality and interoperability with US Navy E-2D Advanced Hawkeye aircraft.

"We’ve observed the proactive and innovative approach the French Navy takes in maintaining relevancy of its E-2 Hawkeye fleet and personnel."

The Northrop Grumman-built E-2C Hawkeye aircraft is designed to provide all-weather airborne early-warning capabilities, as well as conduct missions such as strike command and control, in addition to surveillance guidance of search-and-rescue missions.

Capable of detecting aircraft at ranges greater than 550km, the E-2C aircraft provides threat identification and positional data to fighter aircraft such as F-14 Tomcats and warns the naval task force of approaching air threats while operating altitude above 25,000ft.