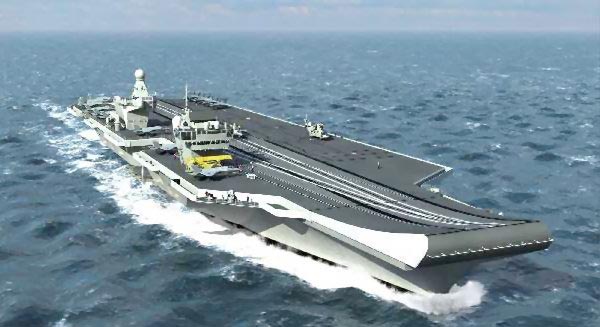 Designed to manage various fluid and solid waste streams generated onboard the aircraft carriers, the IWMS also processes them as according to International Maritime Organisation (IMO) requirements before overboard discharge, or store efficiently until the carrier arrives onshore.

WWTP has already completed factory acceptance testing and validated its capabilities for HMS Prince of Wales at Babcock’s Whetstone facility.

Following completion of the black and grey water process, the WWTP discharges permeate that is compliant with the international standard for marine pollution control MARPOL 73/78 Annex IV.

"It will ensure that increasingly stringent environmental and marine pollution control requirements are met," Lewis said.

Following completion of harbour and sea acceptance trials by Babcock, the systems will be installed onboard the ships by the Aircraft Carrier Alliance.

The Queen Elizabeth-class aircraft carriers, HMS Queen Elizabeth and HMS Prince Of Wales, are expected to be operational with the Royal Navy in 2016 and 2018 respectively to replace Invincible-class vessels.

Powered by two Rolls-Royce Marine 36MW MT30 gas turbine alternators, the two 280m-long and 74m-wide carriers will have a full-load displacement capacity of 65,000t and the capacity to carry 40 aircraft with a total runway area of 13,000m².