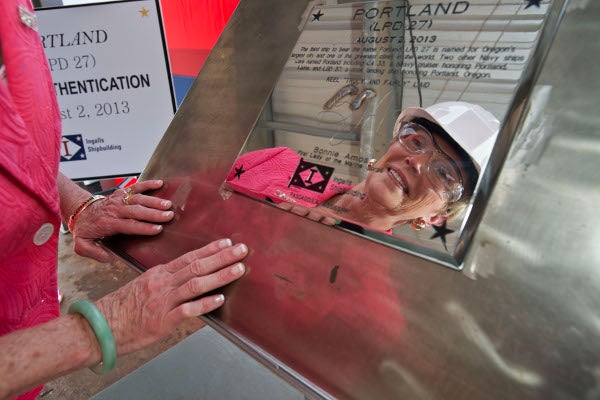 Huntington Ingalls Industries’ (HII) Ingalls Shipbuilding has authenticated the keel of the US Navy’s 11th and final San Antonio-class amphibious transport dock ship, USS Portland (LPD 27), during a ceremony at HII’s shipyard in Pascagoula, Mississippi, US.

Named to honour Oregon’s most populated city Portland, USS Portland is currently about 7% complete and is scheduled to be launched in early 2016.

Expected to be delivered to the US Navy in late 2017, the 684ft-long, 105ft-wide LPD 27 ship has a displacement capacity of 24,900t and can provide combat support for the US Navy and US Marine Corps.

The navy has received the first eight LPD ships while USS Somerset (LPD 25), the ninth ship of the class, is currently preparing for builder’s sea trials and the tenth San Antonio-class ship, USS John P. Murtha (LPD 26), is due to be launched next year.

"The vessel will also help transport combat and support elements of marine expeditionary units and brigades."

In addition, the vessel will feature enhanced fighting capabilities, such as advanced command-and-control suite and increased lift-capabilities for carrying vehicles cargo.

The vessel will also help transport combat and support elements of marine expeditionary units and brigades.