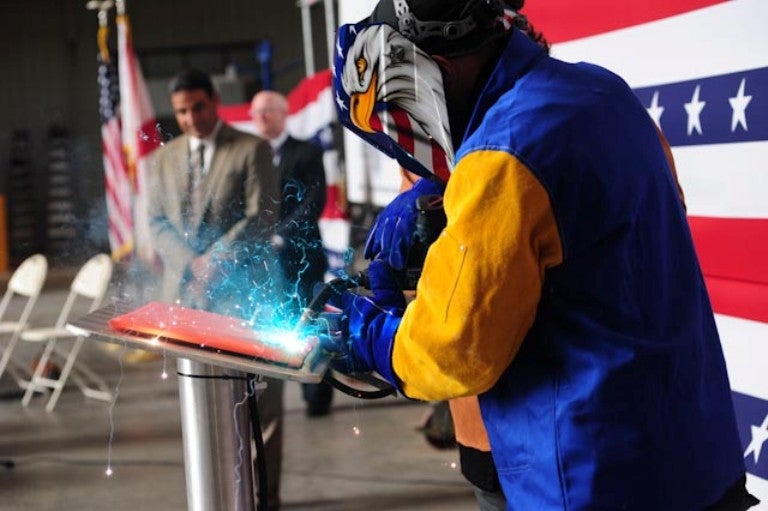 The final construction phase on the US Navy’s third Independence-class littoral combat ship, the USS Jackson (LCS 6), has started at Austal’s manufacturing facility in Alabama, US.

Beginning of construction has been marked by a keel laying ceremony held recently, a step forward in the ship’s building programme.

Austal USA Operations senior vice president Craig Perciavalle said: "It is exciting to see our most recent facility additions come to life, with this ship being the first constructed utilising Phase 2 of our module manufacturing facility and the first ship assembled in our new Assembly Bay 5."

"It is exciting to see our most recent facility additions come to life."

The company has already manufactured 35 of the 37 modules used to form the ship’s trimaran design, of which three have been built in the final assembly bay in their pre-launch position, while the rest are scheduled to move to the facility over the next few months.

Austal has been awarded a $3.5bn contract by the US Navy to build and deliver an additional ten LCSs to join USS Independence (LCS 2), which was commissioned in January 2010.

General Dynamics Advanced Information Systems has partnered with Austal for the LCS programme and is responsible for design, integration and testing of the ship’s electronic systems for combat, networks, and seaframe control.

The 127m-long, high-speed, highly manoeuvrable combat ship has a full-load displacement of 2,637t, an operational range of 4,300nm and can cruise at a speed of 40k.

The US Navy intends to procure a total of 55 LCSs for multi-mission support to establish and maintain its dominance in the littorals and sea lanes of communication choke points worldwide.