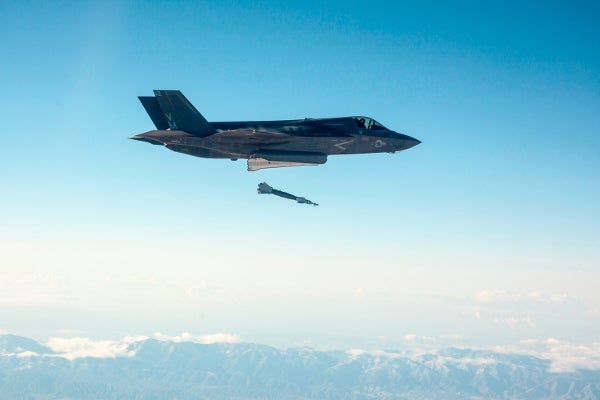 Rusnok said guided weapons delivery test of a GBU-12 marks a step ahead in the development of F-35 programme.

"This guided weapons delivery test of a GBU-12 marks the first time the F-35 truly became a weapon system."

The single-engine F-35B aircraft will replace the F/A-18 Hornet and AV-8B Harrier II fighter aircraft currently in service with the USMC.

In addition to replacing the Marine Corps’ AV-8B Harrier and F-18 Hornet aircraft, the other JSF variants will replace the air force’s existing F-16 Fighting Falcon and A-10 Thunderbolt II fleet, as well as the McDonnell Douglas F/A-18 Hornet aircraft for the navy.