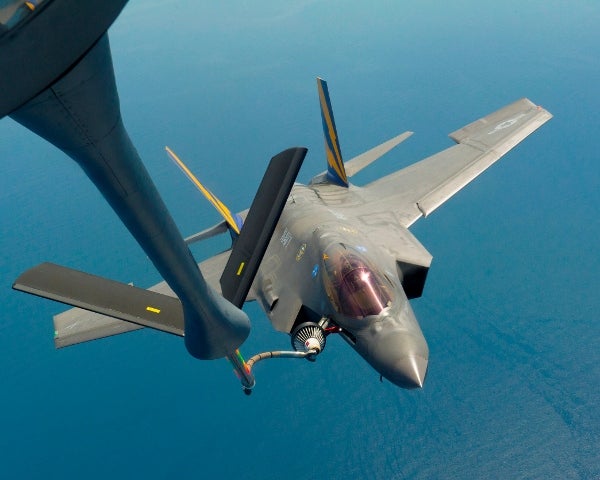 During the testing, the aircraft, also known as CF-1, successfully refuelled with a USAF’s Boeing KC-135 Stratotanker aircraft.

After completing this testing, the aircraft now joins the A and B models in proving that all three variants of the F-35 are capable of refuelling from a common tanker platform, despite their different methods.

"The F-35C can be launched through a steam catapult and recovered by using a tailhook arrestor."

The aircraft is also being developed in two other variants, conventional takeoff and landing (CTOL) variant for the US Air Force, and a short takeoff and vertical landing (STOVL) aircraft for the US Marine Corps and UK Royal Navy.

Powered by a single Pratt and Whitney F135 turbofan engine, the F-35C can fly at a maximum speed of 1,960km/h and can be launched through a steam catapult and recovered by using a tailhook arrestor.

VFA 101 will train aircrew and maintenance personnel to operate and repair the F-35C aircraft for the US Navy.