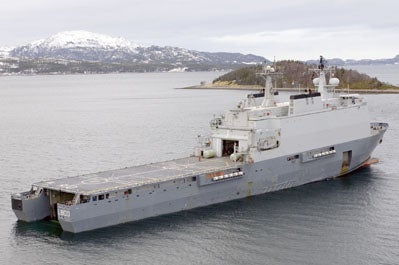 The second exercise in the series, Cutlass Express 2012 is being conducted as a part of the larger ‘Express’ series and involves participation of sailors and civilian maritime professionals from eight countries.

Participating nations include Djibouti, Mauritius, Mozambique, Netherlands, the Seychelles, Tanzania, Uganda, and the US.

The drill involves pre-sail training events scheduled to be held in-port in Djibouti, Mauritius, and Tanzania, as well as at-sea training in the Indian Ocean and Gulf of Aden.

Forces taking part will perform pier-side workshops and focus on maritime interdiction operations (MIO), which include vessel boarding drills, as part of the in-port portion of training.

"The exercise is intended to jointly enhance combat capabilities against piracy, illicit trafficking and illegal fishing in the region."

During the exercise, allied personnel will also coordinate with regional maritime operations centres in Mauritius, Djibouti, and Tanzania.

The exercise is scheduled to conclude on 8 November.