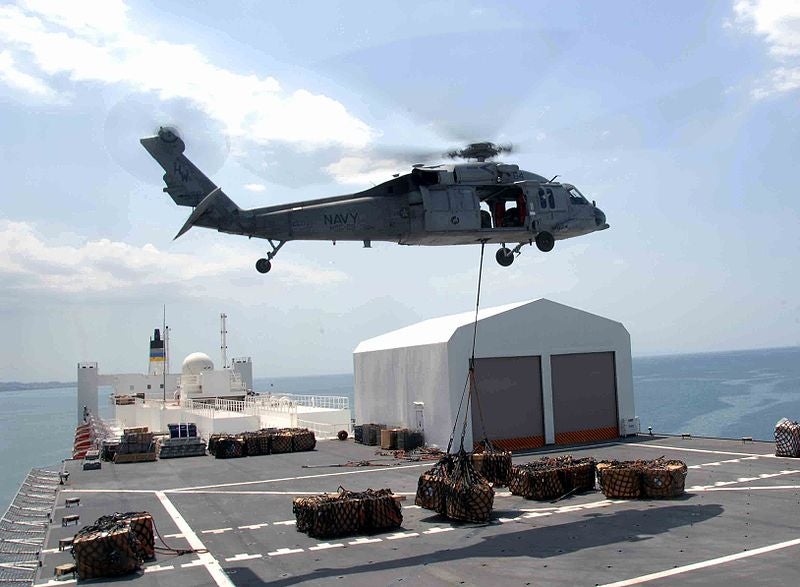 The US Naval Surface Warfare Center – Panama City Division (NSWC-PCD) has awarded a contract to Enterprise Ventures Corporation (EVC) to provide a carriage, stream, tow, and recovery system (CSTRS) for the US Navy’s MH-60S Knighthawk helicopter.

Under the $12.5m contract, the company will design and develop the CSTRS to enable deployment of the MH-60S helicopter’s organic airborne mine countermeasures systems from fleet assets in waters, which will enhance its minesweeping capability.

The contract has an option and cumulative value of $31.9m, if the option is exercised.

CTC president and chief executive officer Edward Sheehan said CSTRS would allow the US Navy’s new littoral combat ships to readily respond to mine threats, providing an extra measure of safety for the crew and ships.

"The CSTRS design is modular and is capable of supporting the deployment requirement of multiple mine sensors that provide a range of mine countermeasures objectives," Sheehan added.

"The CSTRS design is modular and is capable of supporting the deployment requirement of multiple mine sensors that provide a range of mine countermeasures objectives."

CTC’s CSTRS programme director Ed Peretin said that the work is expected to begin within a week, with the procurement of materials and production set to begin in the next four months.

Sikorsky-built MH-60S Knighthawk is a multi-mission naval helicopter, which can support missions including vertical replenishment, combat search and rescue, special warfare support and airborne mine countermeasures.