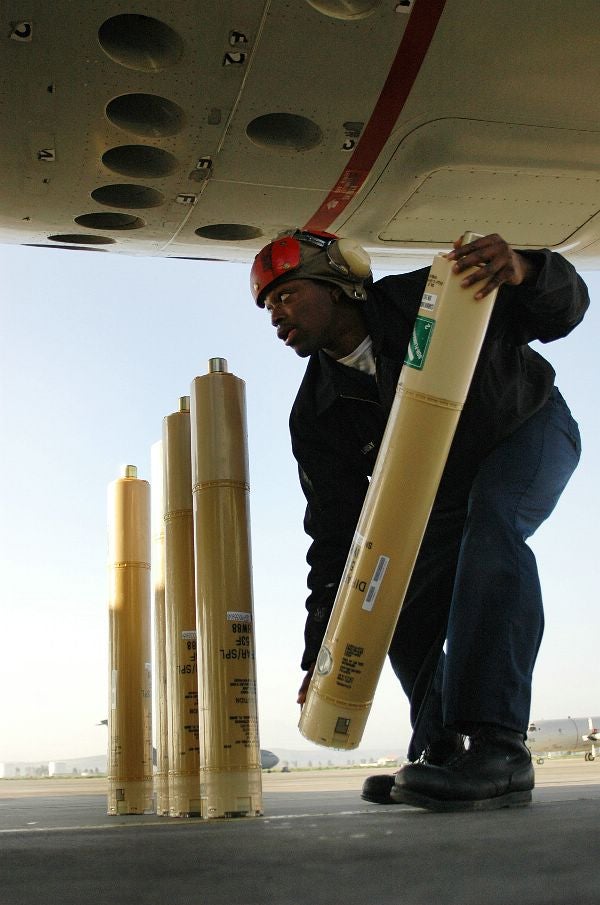 ERAPSCO, a joint venture between Sparton and Ultra Electronics (ULE) subsidiary USSI, has received subcontracts from the US Navy for the supply of sonobuoys.

Under the $29.2m and $42m production deals to Sparton Electronics and USSI respectively, ERAPSCO will supply AN/SSQ-53F and AN/SSQ-62E sonobuoys to the US Navy.

"The AN/SSQ-53F is a passive acoustic sensor and has been designed to detect, classify, and localise enemy submarines during peacetime and combat operations."

The AN/SSQ-53F is a passive acoustic sensor and has been designed to detect, classify, and localise enemy submarines during peacetime and combat operations.

Designed to provide support to the US Naval antisubmarine forces, the Q53F and Q62E sonobuoys can be used to locate and identify acoustic emissions or reflections from enemy submarines and transmit signals to the navy airborne anti-submarine warfare forces.

Additional features of the AN/SSQ-53F sonobuoys include electronic function select (EFS) and command function select (CFS), which can be used by the operator for sensor selection and other settings, including buoy life, depth setting, AGC level and RF channel.

Capable of providing both range and bearing to the target for accurate position fixing, the AN/SSQ-62E sonobuoy features command function select to enable operators to modify the sonobuoy’s mode of operation even after it has been deployed.

Work under the latest contract will be carried out at Sparton’s facility in DeLeon Springs, Florida, as well as at USSI’s facility in Columbia City, Indiana, US, and is scheduled to be complete by January 2015.