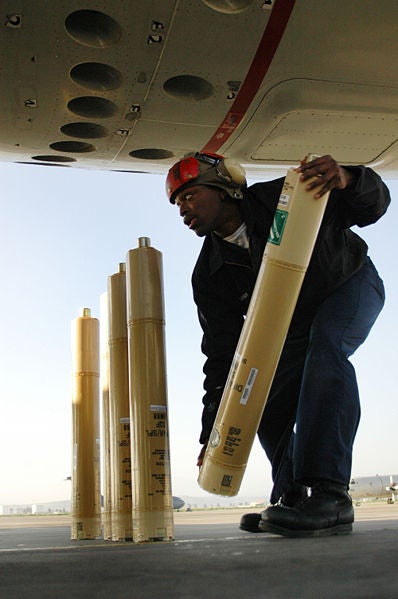 Designed to provide support to the US Naval Antisubmarine Forces, the Q53F sonobuoy can be used for detection, classification, and localisations of enemy submarines and to transmit signals to the navy airborne anti-submarine warfare forces.

The passive acoustic sensor is also used by the navy to measure the temperature profile of a water column, which provides sonar propagation and acoustic range prediction.

The small expendable sonar systems, sonobuoysm, features combined capabilities of both AN/SSQ-53D and AN/SSQ-57 sonobuoys, which can be dropped from aircraft and ships to perform underwater acoustic research or to help detect anti-submarine warfare.

"The Q53F sonobuoy can be used for detection, classification, and localisations of enemy submarines and to transmit signals to the navy airborne anti-submarine warfare forces."

Additional features of the Q53F sonobuoys include electronic function select (EFS) and command function select (CFS), which can be used by the operator to select mode of operation such as sensor selection and other settings including buoy life, depth setting, AGC level and RF channel.

Under the combined $12.9m contract, ERAPSCO will develop and deliver 17,000 sonobuoys for the navy, while work is scheduled to be complete by January 2014.

Work will be carried out at Sparton’s facility in DeLeon Springs, Florida, as well as at USSI’s facility in Columbia City, Indiana.