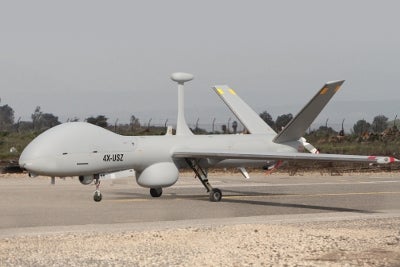 Elbit System is to introduce a new maritime configuration of the unmanned aircraft system (UAS), Hermes 900, for conducting unmanned patrol flights over ocean areas and enable visual identification of vessels at sea.

The new maritime variant will be unveiled at Aero-India 2013, which runs from 6-10 February at Yelahanka Air Force Station, Bangalore, India.

With the help of two redundant datalinks, Elbit's command and control systems enable the operator to simultaneously control two UAS from a single ground control station.

Optimised for maritime mission and specific planning applications such as search-and rescue. The entire command and control can be operated onshore in a mobile shelter base, at sea in an indoor configuration or co-located in many locations.

Operators can use Hermes 900 UAS as a standalone system or combined with overall setup of aircraft, ships, shore or offshore-based sensors, as well as maritime control centres and headquarters.