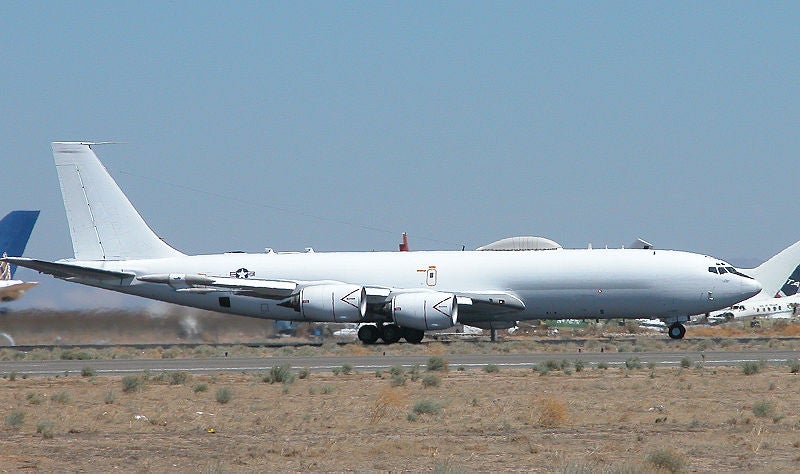 The US Navy has awarded a contract option to DRS Technologies to provide logistics support for the E-6 take charge and move out (TACAMO) and airborne command post (ABNCP) aircraft fleet.

Under the $49.9m contract, DRS’s C3 and Aviation business unit will continue to provide additional material support for E-6B aircraft, as well as manage government-owned inventory.

The contract also includes provision of spares for other Boeing 707 derivative programmes, including the US Air Force’s VC-137 and C-18.

The US Naval Air Systems Command in Patuxent River will serve as the contracting base and the contract work is scheduled to be completed in November 2013.

"The Boeing-built E-6 airborne command post is based on the company’s commercial 707 jetliner to replace the ageing EC-130Q."

Designed to provide survivable communication links between the national command authority (NCA) and strategic forces, the Boeing-built E-6 airborne command post is based on the company’s commercial 707 jetliner to replace the ageing EC-130Q.

In addition to communications relay for the US Navy fleet of submarines and a strategic airborne command post aircraft, the dual-mission aircraft features an airborne launch control system.

Capable of carrying and firing anti-radiation missiles (ARM), including shrike and harm missiles, the E-6B is an upgraded version of the E-6A and is capable of launching US land-based intercontinental ballistic missiles.