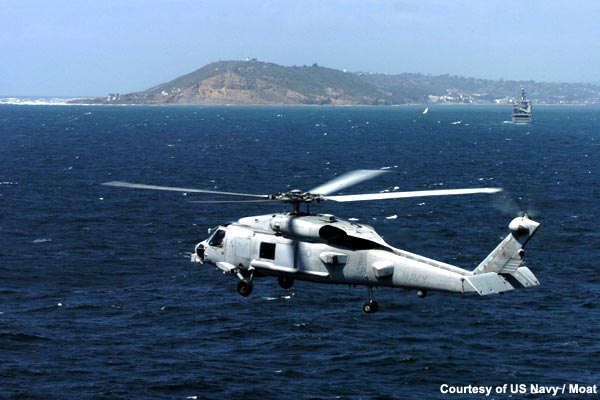 A $686m agreement has also been signed by the government to formally procure nine MH helicopters as well as comprehensive logistics support through the US foreign military sales programme.

Air, ASW, Assault and Special Mission Programs programme executive officer rear admiral Paul Grosklags said: "Danish pilots and crew will be able to fly with the confidence that these aircraft have been proven operationally capable at sea and have the full logistics support already in place to ensure they are ready and able to fly anytime, anywhere in the world."

The Sikorsky-built MH-60R helicopter is integrated with sensors which include surface radar and a forward looking infrared camera, and is also fitted with tactical data links to help support the host ship during over the horizon operations.

Capable of deploying from frigates, destroyers, cruisers and aircraft carriers in littoral zones, the advanced maritime helicopter MH-60R Seahawk can also be used to support missions, such as combat search and rescue, vertical replenishment and airborne mine countermeasures.

The Royal Danish Navy will use the aircraft to support anti-surface warfare missions as well as anti-piracy operations, while protecting and defending Danish interests in the North Atlantic during international deployments.

Delivery of the aircraft to the Danish defence ministry is expected to take place by 2018.

The aircraft was also selected by the Australian Defence Force (ADF) in 2011.

Image: Sikorsky-built MH-60R cruising off the coast of San Diego. Photo: Courtesy of US Navy/Moat.