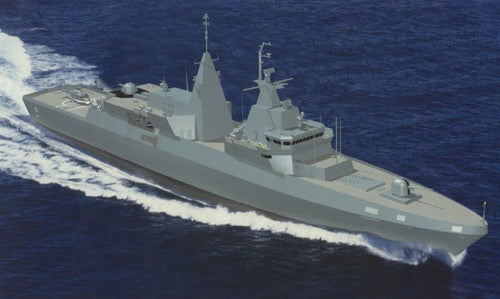 Denel has successfully completed first live-fire tests of Umkhonto surface-to-air missiles (SAM) from a land-based launcher off the Denel Overberg test range on the southern tip of Africa.

During the ground-based testing, the newly-developed ground-based launcher had successfully launched three Umkhonto missiles to hit targets, which were launched from the range and flew out to sea before turning inshore.

Following the launch, the war-shot missiles successfully destroyed low-cost aerial target systems (LOCATS), with two placed at 15 km range and one at 20km, in lock-on-after-launch mode and demonstrated its extended range capability while retaining its physical dimensions.

The new ground-based launcher also demonstrated its ability and will be used for the South African Army’s ground-based air defence system (GBADS) phase two project, which is also managed by Denel.

The testing was viewed by observers from nine countries, as well as officials from the Ministry of Defence, Armscor and the South African National Defence Force (SANDF).

"The testing was viewed by observers from nine countries."

Denel group chief executive officer, Riaz Saloojee, said the testing follows the completion of an upgrade to the Umkhonto missile.

"This contributes to the strategic capabilities of the SANDF and strengthens the high-technology proficiencies of the defence sector," Saloojee said.

The missile is being developed in both Block I and Block II versions, while the Finnish Navy currently operates Block II version with range of 15km onboard Hamina class corvettes and Hämeenmaa class mine layers.

Denel is also developing and testing a new generation air-to-air missile, the A-Darter, in collaboration with its Brazilian partners.