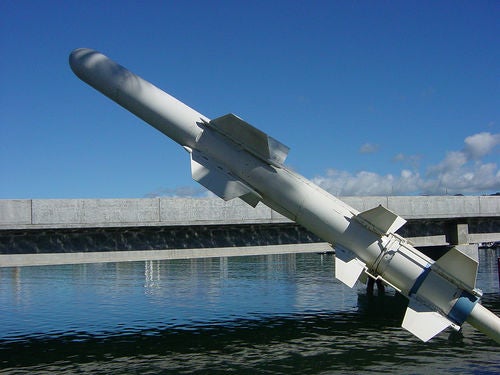 Danish Aerotech has delivered the first aluminium launch support structure (ALSS) to Boeing in support of the Harpoon weapon system ship-based deployment, within the budget and on schedule.

The delivery follows the $1.5m contract previously awarded to Danish for the supply of ALSS to Boeing for the Harpoon weapon system-based deployment.

Boeing Defense, Space & Security Strategy and Business Capture vice president Tom Bell said: "With the ALSS, it has once again proven its capabilities, building on a history of working with Boeing and other subcontractors beginning with the NATO airborne warning and control system."

ALSS is a 3m-long welded aluminium structure, which will be tested for cracks using fluorescent-penetrant inspection methods and will be assembled using optical-alignment tools.

The Harpoon Block II weapon system has been designed to provide accurate long-range guidance and autonomous, all-weather, over-the-horizon capability in both land-strike and anti-ship missions.

"With the ALSS, it has once again proven its capabilities, building on a history of working with Boeing and other."

The multi-mission Block II can be deployed with existing command and launch equipment or with advanced harpoon weapon control system (AHWCS) of the Harpoon missile system platforms.

Boeing has developed and delivered more than 7,300 Harpoon missiles to the US, Royal Danish Navy and 29 other international military customers.

Image: A Harpoon missile put on display at the USS Bowfin museum at Pearl Harbor. Photo: courtesy of Avriette.