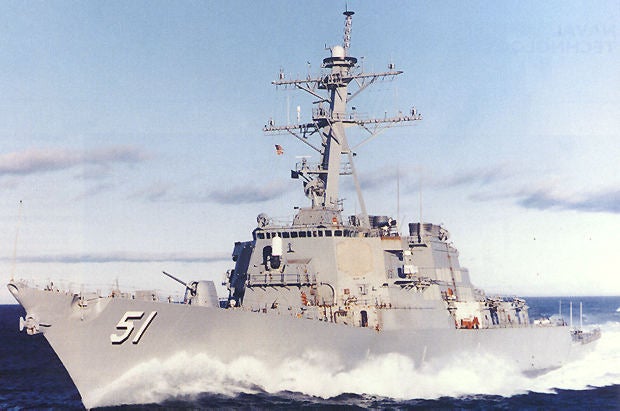 The US Navy has awarded a contract to Curtiss-Wright Flow Control for supply of its ship-borne helicopter recovery assist, secure and traverse (RAST) system in support of the Arleigh Burke-Class DDG 51 Flight IIA forward-build programme.

Under the multimillion contract, the company’s RAST system will be installed aboard the future DDG 51 IIA ship, DDG 116.

The company will also provide related track components and spares to the US Naval Air Systems Command.

Work under the contract will be carried out by Curtiss-Wright ‘s Flow Control’s subsidiary Indal Technologies in Mississauga, Ontario, Canada, with the first delivery scheduled for late 2014.

"Under the multimillion contract, the company’s RAST system will be installed aboard the future DDG 51 IIA ship, DDG 116."

The RAST has been designed to aid in securing and manoeuvring of helicopters even in adverse weather and sea conditions up to sea state five.

More than 200 integrated aircraft handling systems have been delivered to date by the company to navies in Australia, Canada, Japan, Spain, Taiwan and the US.