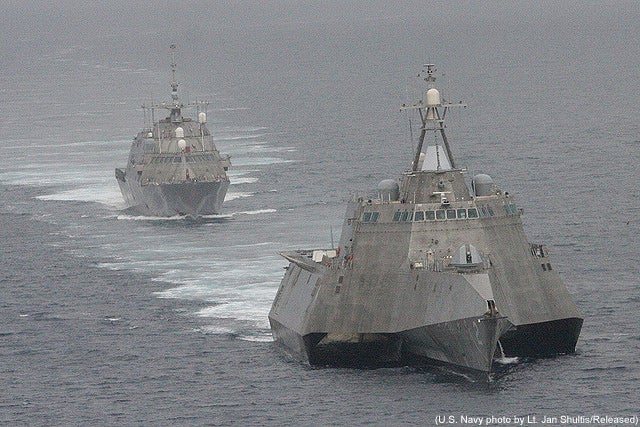 The US Navy has awarded three contracts to Cubic Simulation Systems Division to support the advanced littoral combat ship (LCS) training, as part of the LCS courseware and mission package development programme.

The three indefinite-delivery indefinite-quantity contracts have a five-year base period of performance and a combined value of up to $298.5m if fully funded.

Under the first two contracts, Cubic will develop instructor-led (synchronous) and instructor facilitated self-paced (asynchronous) courseware in support of the LCS train to qualify (T2Q) and train to certify (T2C) shore-based training requirements for both variants.

Orders have been placed with the US Navy with Lockheed Martin and Austal to construct a total of 20 LCS in two different hull designs for delivery between 2010 and 2015.

"Orders have been placed with the US Navy with Lockheed Martin and Austal to construct a total of 20 LCS in two different hull designs for delivery between 2010 and 2015."

Work under the contracts will be performed in Orlando, Florida, US and is expected to be complete by 2018.

Cubic's simulation systems and mission support services divisions will partner for the contracts, while the industry subcontractor team comprising Austal, Alion Science and Technology, Sonalysts, Aptima, Cybernet Systems, RealTime Immersive as well as other small businesses, will support the programme.

The US Naval Air Warfare Center Training Systems Division (NAWCTSD) will serve as the contracting activity.

Image: USS Freedom (LCS 1) sailing at the back of USS Independence at sea. Photo: US Navy photo by Lt Jan Shultis/Released.