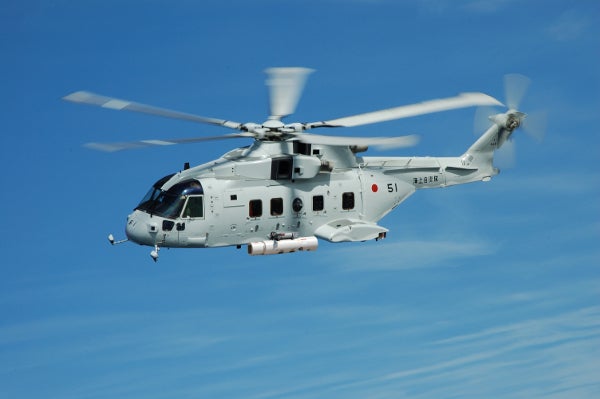 Under the contract, CPI Aero will deliver pod structures to support Northrop’s first direct commercial sale of four ALMDS to JMSDF, made in February 2012.

The JMSDF has purchased four ALMDS for use on its AgustaWestland MCH-101 helicopters to better protect its coastline and daily maritime traffic.

The pressurised and thermally conditioned structural assemblies will comprise the ALMDS laser and electronics.

The helicopter-mounted system can quickly locate surface and near-surface moored mines and neutralise them using streak tube imaging light detection and ranging (LIDAR) before they cause damage to military or commercial ships.

The high-area coverage rate capability system uses a pulsed laser light and streak tube receivers, housed in an external equipment pod on the MH-60 helicopter, to produce 3D images of the entire near-surface volume area of the sea.

An automatic target recognition algorithm is used to sort the images received by the system for potential mine-like objects and stored for classification by shipboard fleet operators.

Work under the contract is scheduled to commence immediately and deliveries to Northrop are expected to take place from mid-2013 and run through early 2014.

The ALMDS has also been chosen by the US Navy as part of the mine countermeasure (MCM) mission package on its new littoral combat ship.