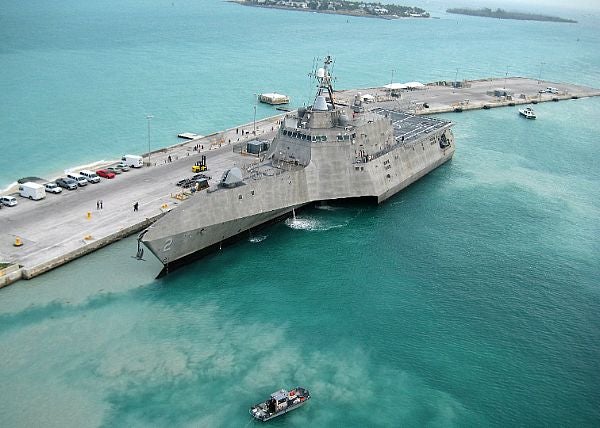 Northrop Grumman has awarded a $1m contract to CPI Aerostructures to design and develop pod structural housings in support of the US Navy’s airborne laser mine detection system (ALMDS) programme.

In April 2012, the US Navy issued a contract modification to Northrop to begin low-rate initial production (LRIP) on Lot 4 of ALMDS.

CPI Aerostructures will supply four pod structural housings under the new subcontract to support LRIP for Northrop ALMDS. The company has already delivered ten of these to date.

The pressurised and thermally conditioned structural assemblies will comprise the ALMDS laser and electronics.

Using streak tube imaging light detection and ranging (LIDAR), the mine countermeasures system neutralises the mines before they can cause damage to military or commercial ships.

The high-area coverage rate capability system uses a pulsed laser light and streak tube receivers, housed in an external equipment pod on the MH-60 helicopter, to produce 3D images of the entire near-surface volume area of the sea.

An automatic target recognition algorithm is used to sort the images received by the system for potential mine-like objects and stored for classification by shipboard fleet operators.

Deliveries of the pod structural housings are expected to start in mid-2013.