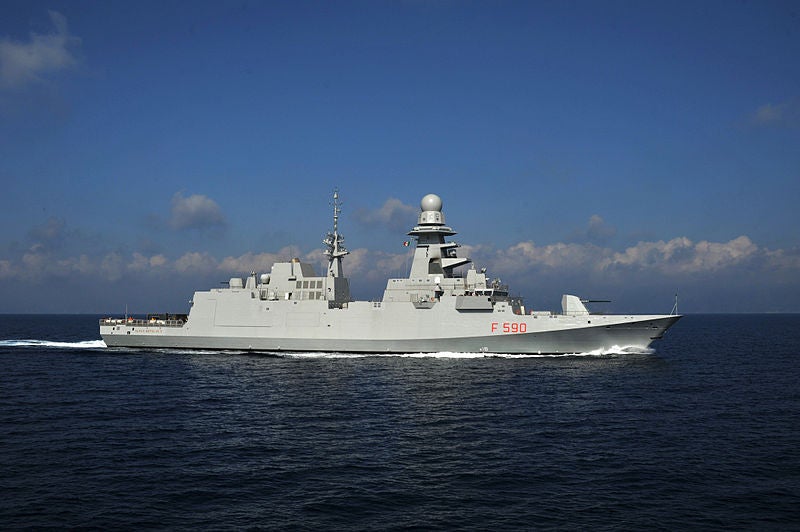 Established in late-2002, the FREMM multi-mission frigate programme is part of a major cooperation programme agreement between France and Italy.

Capable of supporting a range of missions and better safeguard the Mediterranean area, the FREMM frigates will also be used to conduct broad maritime defence strategies such as deterrence, protection, crisis mitigation and power projection.

“The FREMM multi-mission frigate programme is part of a major cooperation programme agreement between France and Italy."

The first and second frigates of the class, Carlo Bergamini and Virginio Fasan, were launched in July 2011 and March 2012; and are expected to be delivered to the Italian Navy later this year.

A total of ten FREMM frigates in two versions, an anti-submarine warfare (ASW) version and a general-purpose (GP) version, will be acquired by Italy by 2021, and six have been ordered to date.

The FREMM frigates will replace the ageing Fincantieri-built Lupo and Maestrale-class frigates currently in service with the Italian Navy.