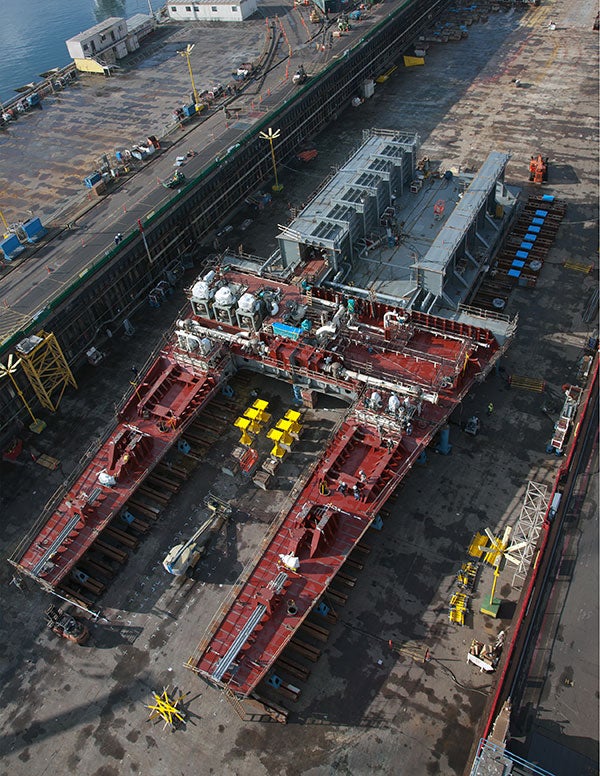 Construction on the US Navy’s third mobile landing platform (MLP) ship, the future USNS Lewis B. Puller (MLP 3), has been marked with the keel laying by General Dynamics’ (GD) National Steel and Shipbuilding Company (Nassco).

Named to honour Lieutenant General Lewis B Puller, who was a distinguished combat veteran of World War II and the only one to be awarded five navy crosses, USNS Lewis B. Puller (MLP 3) will be the first MLP afloat forward staging base (AFSB) variant.

"The NASSCO team will continue to efficiently build and deliver these ships to help strengthen the forward presence of the navy," Harris said.

A key element in the US Navy’s large-scale airborne mine countermeasure mission, the MLP AFSB is a flexible platform that will support special operations including humanitarian assistance, disaster relief, amphibious, and other combat missions.

"It is named to honour Lieutenant General Lewis B Puller, who was a distinguished combat veteran of World War II."

MLP 3 is expected to be delivered to the US Navy in the second quarter of 2015.

Work under the contract, which has a total value of $121.2m through 2016 if all options are exercised, will be carried out in Groton and Charleston, South Carolina, US.