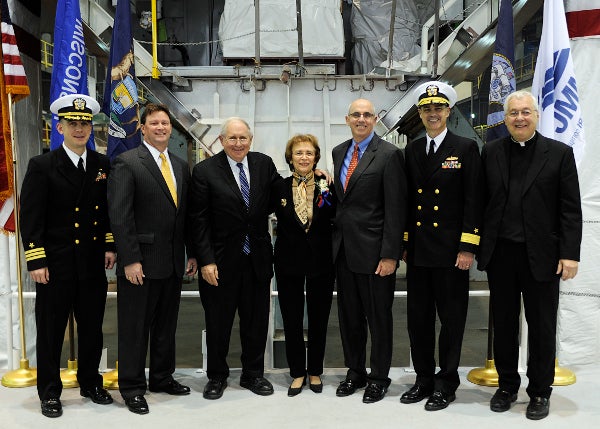 Construction on the US Navy’s seventh littoral combat vessel Freedom-class variant, the USS Detroit, has been marked with a keel laying ceremony by the Lockheed Martin-led team at Marinette Marine Corporation shipyard in Wisconsin, US.

US senator for Michigan Carl Levin said: "These ships are vital to our national defence strategy and their production contributes significantly to the Wisconsin and Michigan economies."

The Freedom-variant LCS vessel will support a variety of missions such as anti-submarine, surface and mine countermeasure warfare, shipping lane protection, and humanitarian aid.

The LCS programme aims to fill the critical operational combat requirement gaps currently in the US Navy for defeating littoral threats, and provide access and dominance in coastal waters.

"These ships are vital to our national defence strategy and their production contributes significantly to the Wisconsin and Michigan economies."

The manoeuvrable combat ship will have a full-load displacement of 2,637t, an operational range of 4,300nm and cruise speed of 40k, while carrying a crew of 15 to 50.

Capable of conducting mine warfare, the LCS vessels are armed with Mk110 57mm naval gun system to fire Mk295 ammunition at a rate of 220 rounds a minute to a range of 14km.

The US Navy intends to procure a total of 55 LCSs, which are relatively small surface vessels, for multi-mission support to establish and maintain its dominance in the littorals and sea lanes of communication choke points around the world.