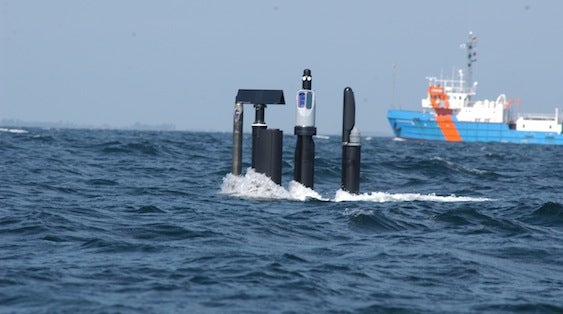 Cassidian Optronics is displaying its new OMS 200 low-profile optronic mast, designed to enhance reconnaissance capabilities for submarines, at the Defence Security and Equipment International (DSEI) exhibition in London, UK, which is being held from 10-13 September 2013.

The compact system has been designed to meet the high requirements for submarines in mist and haze weather conditions, which frequently occur during twilight at sea, while offering low radar signature during offensive roles.

Fitted with the latest generation of high-resolution sensors, which can be combined in a modular way, the OMS 200 features modular design to allow easy installation and integration into all types of submarines as well as on existing submarines as part of upgrade programmes.

Additional features of the mast include a camera operating in the short-wave infrared range (SWIR), a high-resolution daylight camera and an eye-safe laser rangefinder.

"Naval and ground forces can directly exchange the digital data supplied by the mast."

Interaction with a variety of aerials such as electronic support measures (ESM)-electronic warfare (EW)/global positioning system (GPS) is also supported by the sensor equipment through universal aerial interface.

Naval and ground forces can directly exchange the digital data supplied by the mast, thus strengthening the submarine in an all-encompassing defence strategy.

In order to reduce maintenance and logistics costs, the system’s modular design enables a quick installation of new sensors over its entire lifecycle, without changing the configuration of the mast.