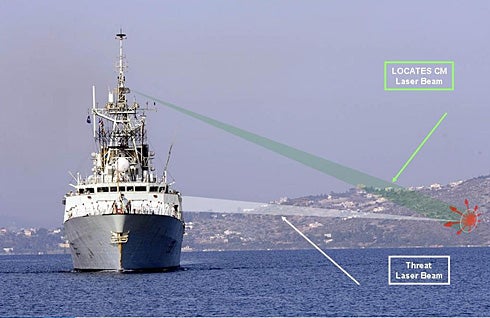 Cassidian is developing new technologies to safeguard Canadian Navy ships against asymmetric laser-based threats, as a part of the laser optical countermeasures and surveillance against threat environment scenarios (LOCATES) programme.

Defence Research Development Canada (DRDC) awarded a contract to Cassidian in 2011 to develop new solutions that will aid Canadian Navy ships in detecting and countering laser-based threats such as laser-beamrider missiles in littoral waters, as part of LOCATES.

The critical design review of Cassadian’s prototype has already been achieved, paving the way for hardware development and integration of a demonstrator system.

"Technologies developed in partnership with the DRDC-Valcartier will not only satisfy the Canadian Navy’s littoral requirements, but also those of allied navies throughout the world," Jacques added.

"Technologies developed in partnership with the DRDC-Valcartier will not only satisfy the Canadian Navy’s littoral requirements, but also those of allied navies throughout the world."

The LOCATES programme aims to develop a detection and tracking capability, along with a laser countermeasure system to protect vessels, which are particularly vulnerable in a littoral environment.

Featuring technologies developed by DRDC and Cassidian’s laser-based self-protection systems, the prototype system is scheduled to undergo field testing from July until the second half of 2013.

Currently in operation with several Nato armed forces, Cassidian’s laser warning devices can be deployed for use on ships, aircraft and land vehicles.